I love dogs. I try to put them in all my books. In fact, I decided to put my dog Rue (named after Rue in Hunger Games) in my new book, HOW I BECAME A SPY. I changed her name to Roo. And I couldn’t leave my other dog out — so she got a very small, but important role in the story.

Dogs aren’t our only pets. We also have a canary named Tyrion and a kitten named after Beatrix Potter, who loved animals though she didn’t always have the best of luck with them. I wrote about her too in Beatrix Potter and the Unfortunate Tale of a Borrowed Guinea Pig. You can guess how that turned out!

How I Became a Spy 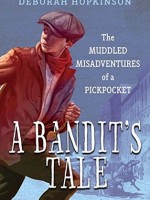 A Bandit's Tale: the muddled misadventures of a pickpocket

In 1887, Italian eleven-year-old Rocco arrives in New York City, where he is forced to live in squalor and beg for money as a street musician. He finds the city's cruelty to children and animals intolerable and sets out to change things. (Grades 4—7) 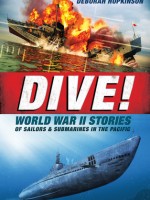 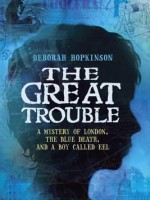 The Great Trouble: A Mystery of London, The Blue Death, and a Boy Called Eel

Eel, an orphan, and his best friend Florrie must help Dr. John Snow prove that cholera is spread through water and not poisonous air when an epidemic sweeps across their London neighborhood in 1854. (Grades 5—8) 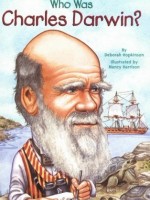 Who Was Charles Darwin

This book is an introduction to the life and accomplishments of the nineteenth-century British naturalist Charles Darwin. (Grades 3—7)

In 1887, Italian eleven-year-old Rocco arrives in New York City, where he is forced to live in squalor and
beg for money as a street musician. He finds the city's cruelty to children and animals intolerable and
sets out to change things. (gr 7+)

The WWII invasion known as D-Day was the largest military endeavor in history. By June 6, 1944, Hitler
and his allies had a strong grip on the European continent, where Nazi Germany was engaged in the
mass extermination of the Jewish people. The goal of D-Day was the total defeat of Hitler's regime, and
the defense of free democracies everywhere. US, Great Britain, and Canada planned for the impossible. (gr 6-8)

A Letter to My Teacher

A letter from someone who was once an exasperating second-grader reveals her experiences with a
teacher who brought out the best in her.

Jane also loved to read. She devoured everything in her father’s massive library and before long, she
began creating her own stories. In her time, the most popular books were grand adventures and romances,
but Jane wanted to go her own way...and went on to invent an entirely new kind of novel.

John Adams didn't enjoy traveling; he much preferred to stay home with his wife and children. But John
Adams also had a dream: He wanted to see the thirteen colonies free from English rule and to see a
new country called the United States. 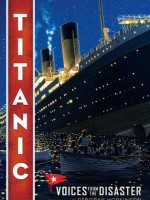 Titanic: Voices from the Disaster

This book draws on stories from survivors and archival photographs to describe the history of the Titanic. (Grades 5—8)