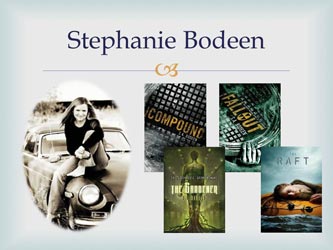 Stephanie (S.A.) Bodeen grew up on a Wisconsin dairy farm where, among other things, she milked cows, has been covered—multiple times— in cow manure, and learned to drive a stick shift at the age of eight. She has lived in a mud hut in Tanzania and once puked near the top of Mt. Kilimanjaro during an electrical storm. She has lived in eight states, two African countries, and one insulary possession. She is a rabid Green Bay Packer fan and is not ashamed that she owns two Cheeseheads.

2014 Workshop: Squelching the Quit: Finding Your Story Even When You Think You Never Will

After learning how perseverance and revision are crucial to the writing process, participants will write and revise a short piece. (Participants are welcome to bring a previously written piece to revise.) 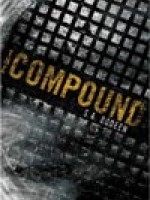 After his parents, two sisters, and he have spent six years in a vast underground compound built by his wealthy father to protect them from a nuclear holocaust, fifteen-year-old Eli, whose twin brother and grandmother were left behind, discovers that his father has perpetrated a monstrous hoax on them all. (Gr 7-10) 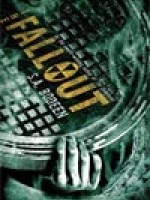 After barely escaping from the compound where Eli’s dad kept his family for six years, they’re learning to acclimate to “normal” life—whatever that is for them. It seems like the entire world wants to know what happened to this high profile family. (Gr 7-10) 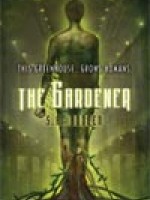 When high school sophomore Mason finds a beautiful but catatonic girl in the nursing home where his mother works, the discovery leads him to revelations about a series of disturbing human experiments that have a connection to his own life. (Gr 8-12) 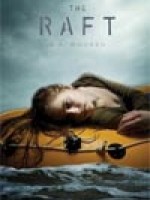 Robbie's last-minute flight to the Midway Atoll proves to be a nightmare when the plane goes down in shark-infested waters, but the real terror begins when the co-pilot, Max, pulls her onto the raft. (Gr 6-10)