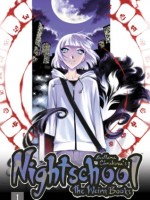 In the Nightschool, vampires, werewolves, and weirns (a particular breed of witches) learn the fundamentals of everything from calculus to spell casting. It seems circumstances are drawing a young weirn named Alex away from her homeschooling, and towards the Nightschool. Will she manage to weather the gathering dark forces? (Ages 13+)

When Alex's sister Sarah vanishes, and all memory and evidence of her existence is erased, Alex is determined to get to the bottom of it. What better place to start her investigations than the Nightschool itself? But when she discovers that sneaking into the Nightschool isn't as simple as it might seem, Alex has to enroll as a student. Is she prepared for what she might find? (Ages 13+) 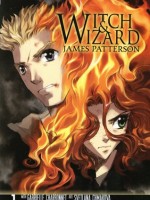 Witch and Wizard (The Manga volumes 1-3)

Imagine waking up to find that the world around you - life as you know it - has changed in an instant. That's what happens to Whit Allgood and his sister, Wisty. They thought that they were just a couple of normal teenagers, until their rude awakening at the hands of a dozen armed police! Charged with being a wizard and a witch, accused of having incredible powers they never dreamed possible, the siblings find themselves the targets of an upstart political regime, The New Order, which has swept the country and vowed to wipe "their kind" from existence. Now Whit and Wisty must fight for both their freedom and their lives as they unlock the powers burning inside of them! (Ages 11+) 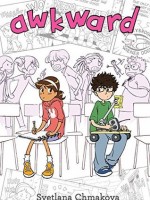 After shunning Jaime, the school nerd, on her first day at a new middle school, Penelope Torres tries to blend in with her new friends in the art club, until the art club goes to war with the science club, of which Jaime is a member. (Grades 4 and up) 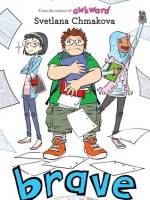 Jensen's daydreaming gets put to the test by some hard realities when the stresses of middle school get totally out of control. (Grades 4 and up) 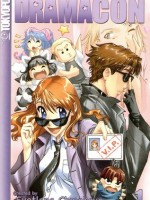 When amateur writer Christie settles in the artist alley of her first ever anime convention, she sees it as
an opportunity to promote the manga she had started with her artist boyfriend. But when she unexpectedly falls for a mysterious cosplayer, things become complicated. (gr 8+)