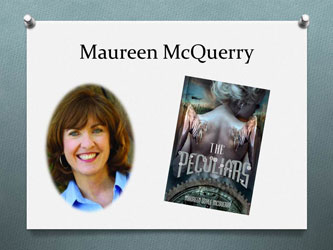 I’ve always wanted to be a writer. When I was in elementary school I loved mysteries. I used to carry a notebook around and spy on neighbors looking for a good mystery. When my neighbor’s wife went out of town for a week I was convinced he had killed her and buried her body under a tree in the backyard. I was the kid who was always invited to slumber parties because I could tell the best ghost stories and that’s probably the only reason I was invited. In high school I fell in love with poetry and started publishing in literary journals in college. After I had kids, I chased my daughter around the house reading poems to her until she locked herself in the bathroom. And then I kept reading through the door. She just published her first volume of poetry! I used to discuss plot points with my dog. He died. Now I just drive my family crazy.

Find out more about Maureen McQuerry & her books at www.maureenmcquerry.com

How do you hook readers, create sweaty palms and make a reader ask for more? Discover ways to create tension that will keep readers turning the pages of your story. Then try it for yourself as we brainstorm story conflict. 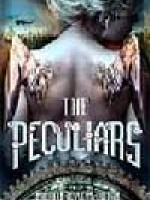 This dark and thrilling adventure, with an unforgettable heroine, will captivate fans of steampunk, fantasy, and romance. On her 18th birthday, Lena Mattacascar decides to search for her father, who disappeared into the northern wilderness of Scree when Lena was young. Scree is inhabited by Peculiars, people whose unusual characteristics make them unacceptable to modern society. Lena wonders if her father is the source of her own extraordinary characteristics and if she, too, is Peculiar. On the train she meets a young librarian, Jimson Quiggley, who is traveling to a town on the edge of Scree to work in the home and library of the inventor Mr. Beasley. The train is stopped by men being chased by the handsome young marshal Thomas Saltre. When Saltre learns who Lena’s father is, he convinces her to spy on Mr. Beasley and the strange folk who disappear into his home, Zephyr House. A daring escape in an aerocopter leads Lena into the wilds of Scree to confront her deepest fears. (Gr 6-12) 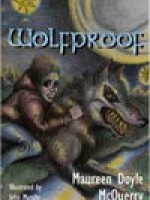 "Open the door and you never know what will wander in-a pale manstealing lamplight, a glittering Star, or a pack of baying hounds andtheir fearsome horned master. Join Timothy James, Sarah and Jessica asthey battle an ancient one-eyed Evil with the help of a mysterious oldwoman and a magical wolf. When the Wild Hunt comes riding, the onlyhope of escape is to face your fears and become...wolfproof." 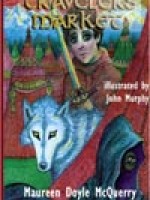 In this exciting second installment of The Wolfproof Trilogy the perilous worlds of myth and middle school once again collide as Timothy James, his sister Sarah and their friend Jessica race against time and an ancient Evil to save their mother and restore peace and harmony to the Travelers Market.