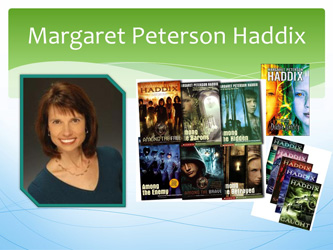 When I was a kid, I had a doll named Susie Egg. I let my older brother talk me into naming her that. I have learned something since I was three years old: I never ever ever consult with my brother about what to name my characters. In spite of that, my family constantly accuses me of giving my characters weird names. In SAY WHAT?, a book I wrote for very young readers, I named a girl “Sukie.” Until my husband pointed it out, it never occurred to me that lots and lots of six-year-olds would look at that and think the girl’s name was “Suck-y.” Which of course made me wonder: What if someone really did have to go through life with the name, “Sucky”? I am constantly wondering about strange, bizarre, outlandish possibilities like that, and I am grateful that such a career as novelist exists, so I can do something with my strange, bizarre, outlandish ideas. But, for obvious reasons, I am not doing any workshops about how to name your characters, and am talking about research instead. Considering that I once zipped myself into a suitcase to check to see if that was possible (it is!) I am also perfectly capable of making a fool of myself doing research, too.

From zipping herself into a suitcase to reading 600-year old documents to calling up relatively random strangers
who’d visited a prison she wanted to write about, Margaret Peterson Haddix has gone to great lengths (some would say crazy lengths) to make sure her fiction is as realistic as possible. In this workshop, she’ll offer tips on doing research to make your fiction better, stronger, and at least theoretically plausible.

In a future where the Population Police enforce the law limiting a family to only two children, Luke has lived all his twelve years in isolation and fear on his family’s farm, until another “third” convinces him that the government is wrong.

Teens Jonah and Chip, adopted as babies, find out that they were discovered on a plane that appeared out of nowhere, full of babies, with no adults aboard. Authorities still have no idea where the plane came from, who the babies belonged to, or how the plane disappeared once the babies were off. They discover that all of the babies are really missing children from history.

Her father in prison for embezzlement, fourteen-year-old Becca and her mother flee to an Ohio suburb to hide from the media and start new lives. Years later, a chain of events reveals layers of secrets behind Becca’s father’s crimes, his victims, and her mother’s motivations. Haddix deftly emphasizes relatable issues: moving, losing faith in a parent, and falling out of economic comfort.

While playing in the championship softball game, star pitcher KT Sutton blacks out and awakes to a changed world where the roles of academics and sports at her middle school have flipped, making talented athletes, such as KT, outcasts and brainy nerds popular.

When war-hero Gideon Thrall refuses to accept an award, claiming that he was a coward, he runs away leaving Tessa confused and determined to follow him to learn the truth. However, she discovers a shocking truth that challenges all she has ever believed and she must decide if she is brave enough to reveal the secret.