You are probably taller than Kiersten White. Don’t be too proud—it’s not very difficult to be taller than her. Still, she’s written nine novels, is a New York Times bestselling au-thor, and is a lot older than you are. So being taller than her is a little bit cool, and you can totally brag to your friends about it if you want to. She doesn’t mind.

In this devious workshop, learn to think like a villain when it comes to crafting a story. We’ll start with “what’s the worst possible thing that could happen?” and then…make it even worse. Because you always suspected the best plotlines are designed to break hearts and ruin lives, did-n’t you? Come with me as I break down the step-by-step process of being the evil mastermind of an underhanded (book) plot. 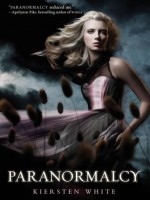 by Kiersten White
Evie's always thought of herself as a normal teenager, even though she works for the International Paranormal Containment Agency, her ex-boyfriend is a faerie, she's falling for a shape-shifter, and she's the only person who can see through paranormals' glamours. But Evie's about to realize that she may very well be at the center of a dark faerie prophecy promising destruction to all paranormal creatures. So much for normal. Also read, book #2 Endlessly and book #3 Supernaturally. (gr 7-12) 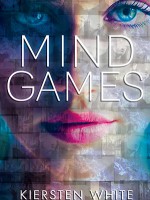 by Kiersten White
Fia and Annie are as close as two sisters can be. They look out for each other. Protect each other. And most importantly, they keep each other's secrets, even the most dangerous ones: Annie is blind, but can see visions of the future; Fia was born with flawless intuition—her first impulse is always exactly right. When the sisters are offered a place at an elite boarding school, Fia realizes that something is wrong...but she doesn't grasp just how wrong. The Keane Institute is no ordinary school, and Fia is soon used for everything from picking stocks to planting bombs. If she tries to refuse, they threaten her with Annie's life. Now Fia's falling in love with a boy who has dark secrets of his own. And with his help, she's ready to fight back. They stole her past. They control her present. But she won't let them take her future. Also read, book #2 Perfect Lies. (gr 7-12) 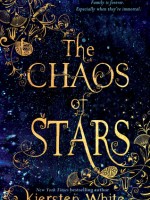 The Chaos of Stars

by Kiersten White
Isadora's family is seriously screwed up—which comes with the territory when you're the human daughter of the Egyptian gods Isis and Osiris. Isadora is tired of her immortal relatives and their ancient mythological drama, so when she gets the chance to move to California with her brother, she jumps on it. But her new life comes with plenty of its own dramatic—and dangerous—complications...and Isadora quickly learns there's no such thing as a clean break from family. (gr 7-12)

Jessamin has been an outcast since she moved from her island home of Melei to the dreary country of Albion. Everything changes when she meets the gorgeous, enigmatic Finn, who introduces her to the secret world of Albion's nobility, a world that has everything Jessamin doesn't—power, money, status . . . and magic. But Finn has secrets of his own, and the vicious Lord Downpike will do anything to possess them. Unless Jessamin, armed only with her wits, can stop him. (gr 7-12) 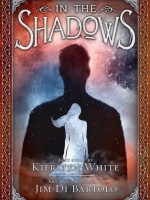 Cora and Minnie are sisters living in a small, stifling town where strange and mysterious things occur. Their mother runs the local boarding house. Their father is gone. The woman up the hill may or may not be a witch. Thomas and Charles are brothers who've been exiled to the boarding house so that Thomas can tame his ways and Charles can fight an illness that is killing him with increasing speed. Their family history is one of sorrow and guilt. They think they can escape from it...but they can't. Arthur is also new to the boarding house. His fate is tied to that of Cora, Minnie, Thomas, and Charles. He knows what darkness circles them, but can't say why, and doesn't even know if they can be saved. Sinister forces are working in the shadows, manipulating fates and crafting conspiracies. The closer Cora, Minnie, Arthur, Thomas, and Charles get to the truth, the closer they get to harm. But the threat is much bigger than they can see. It is strangling the world. Until one of the boys decides he wants to save it. (gr 7-12)