Justina Chen has lived in Seattle, Shanghai, and Sydney, which makes her worried about where she will live next: Syria, No. Sorrento, yes. She is infected with a serious case of wanderlust, and is now-not-so-secretly obsessed with French Fries, Orphan Black, Frye boots, coconut black tea, and hello, kitty. (Yes. Hello, kitty. Do not judge.)

2016 Workshop: YOU HAD ME AT HALO (AND HELLO): Crafting an attention-grabbing opening

So you want to hook your reader? Author and former speechwriter for the President of Microsoft Xbox, Justina Chen will share the tips she uses to woo readers in her novels…and enthrall audiences of 40,000 people. In this hands-on workshop, you’ll learn how to craft surprising opening lines, wield magical objects, and layer in moments of truth to catch and keep reader attention. 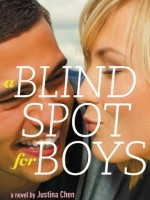 A Blind Spot for Boys

by Justina Chen
"A great photo knocks your heart open. So give some thought to that. What knocks your heart open." Sixteen‐year old Shana is officially on a Boy Moratorium. After a devastating breakup, she decides it's time to end the plague of Mr. Wrongs and devote herself to her true passion: photography. And just as she's about to rethink her ban on boys, she receives crushing news: Her dad is going blind. (gr 7 and up) 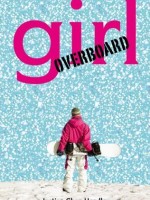 From the moment that “snowboarding became as natural as walking,” 15‐year‐old Syrah Cheng has wanted to be a professional rider. But after she narrowly survives an avalanche, her parents bar her from the sport. Syrah misses the anonymity and escape she found on the slopes. As the daughter of a billionaire cell‐phone magnate, she feels misunderstood in public and abandoned at home by her workaholic, absentee parents, and her isolation intensifies after her only close friend, Age, stops returning her calls. Then Syrah develops a close friendship with fellow‐student Lillian,
whose sister is dying of cancer. A project to help Lillian’s family becomes the energizing force that pulls Syrah toward new discoveries about her own family, cultural heritage, and strengths. (gr 8 and up) 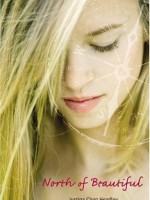 The daughter of a verbally abusive cartographer attempts to chart the rugged emotional terrain of her life. Stunning except for the port‐wine stain birthmark on her cheek, Terra lives in the shadow of her father's petty sarcasm. She creates collage maps and endures rigorous workouts to cope, but nothing makes her happy. Then she meets Jacob, a self‐assured Asian Goth boy with a cleft lip who invites peoples' stares and doesn't care about Terra's birthmark. A chance to travel to China with Jacob and his adopted mother becomes an opportunity for Terra and her mother to define
themselves outside of Dad's narrow parameters and gain the confidence to map their own futures. (gr 7 and up)

Nothing but the Truth

Half Asian and half white, Patty Ho has never felt completely home in her own skin. When a Chinese fortuneteller foresees a white guy on Patty's horizon, things go from bad to worse in this debut novel. 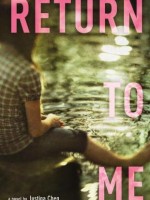 Rebecca Muir is weeks away from starting college‐at a school chosen to put a few thousand miles of freedom between Reb and her parents. But her dad's last‐minute job opportunity has her entire family moving all those miles with her! Then there's the matter of her unexpected, amazing boyfriend, Jackson, who is staying behind on the exact opposite coast. If that isn't enough to deal with, Reb's dad drops shocking, life‐changing news.