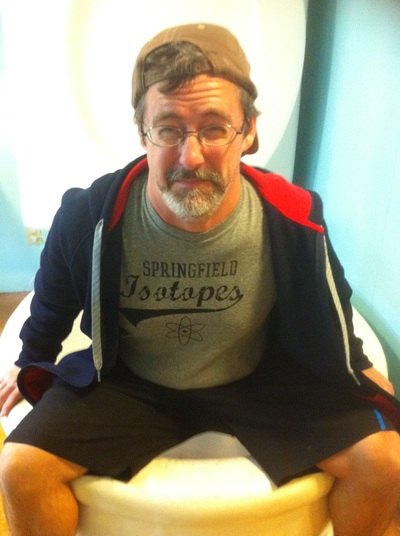 John David Anderson is hardly ever called John David Anderson. He is called Dave by most people who know him, John by most people who don’t, and Poppy by his daughter. His cat calls him yeowl and his mother calls him at least once a week. If he was a Star Wars character he would want to be a Jedi named Raith Starglider, but knows he would more likely be a used Bantha salesman named Bobba Twinklebeans.  Dave believes in the power of books to enrich lives and ask (and answer) the complex questions that drive our existence…or at the very least keep readers entertained and occasionally make them laugh so hard they snarf soda through their noses. When he grows up he wants to be Indiana Jones. Till then, he wants to be a writer and a root beer connoisseur. He lives with his wife, two kids, one cat, two gerbils, and a couch in Indianapolis, Indiana.

Join critically-acclaimed and chronically obnoxious author John David Anderson as we venture inside of our own fevered imaginations to discover where stories come from and how they take form. We will experiment with portmanteaus, stump each other with tongue twisters, root around in our pockets for something worth writing about, denounce something,  debate the delicate composition of flatulence-related humor, and come away with a renewed appreciation for Taco Bell. Be prepared to learn the dirty truth about writers and writing (we aren’t as glamorous as our dust-jackets suggest…) 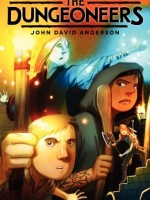 The world is not a fair place, and Colm Candorly knows it. While his parents and eight sisters seem content living on a lowly cobbler's earnings, Colm can't help but feel that everyone has the right to a more comfortable life. In an effort to help make ends meet, Colm uses his natural gift for pickpocketing, but his actions place him at the mercy of Finn Argos, who gives Colm a choice. He soon finds himself part of a family of warriors, mages, and hunters, learning to work together
in a quest to survive and, perhaps, to find a bit of treasure along the way. (gr 5-8) 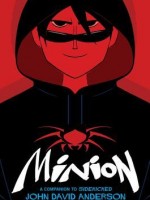 Michael Morn might be a villain, but he's really not a bad guy. When you live in New Liberty, there are only two kinds of people: those who turn to crime and those who suffer. Michael and his adoptive father spend their days building boxes—special devices with mysterious abilities—that they sell to the mob at a price. But then a Super comes to town, and Michael's world is thrown into disarray. (gr 5-8) 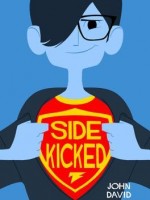 Andrew Bean is literally the most sensitive kid in school. He’s possessed of super senses—his hearing, sight, taste, touch, and smell are the most powerful on the planet—he has a superhero mentor, who now spends more time straddling bar stools than fighting crime. Add in trying to keep his sidekick life a secret from everyone, including his parents, and the truth is clear: Middle school is a drag even with superpowers. (gr 5-8)