As a child, Jennifer Nielsen rode bicycles no-handed, cliff jumped, was the entire outfield on a three-person baseball team, and climbed trees with power lines running through them (that fortunately, she never touched). She somehow became a semi-responsible adult who now only writes about reckless young heroes. She is the New York Times and USA Today Bestselling author of The Traitor’s Game, The Ascendance Trilogy, the Mark of the Thief series, Resistance, A Night Divided, and other titles. A Night Divided is a Sasquatch Award nominated title this year. Jennifer lives in northern Utah with her husband, three kids, a dog that won’t play fetch, and most recently, a cat that hallucinates.

Dak, Sera, and Riq involve themselves in one of the most bizarre spy missions in history, and the out-come of World War II hangs in the balance. Book #6 of the Infinity Ring Series. (Grades 4 – 7) 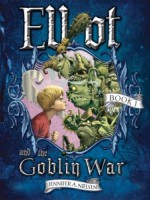 As of today, there are only 7 CHILDREN who have ever read this book and lived to tell about it. 95 CHILDREN successfully read the first chapter, but upon beginning chapter 2, they started BLABBERING in some language known only as "flibberish." 38 CHILDREN made it halfway through this wretched book before they began SUCKING THEIR THUMBS THROUGH THEIR NOSES. (grades 3 – 6) 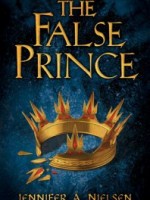 In this first book in a remarkable trilogy, an orphan is forced into a twisted game with deadly stakes. Choose to lie...or choose to die. In a discontent kingdom, civil war is brewing. To unify the divided people, Conner, a nobleman of the court, devises a cunning plan to find an impersonator of the king's long-lost son and install him as a puppet prince. Four orphans are recruited to compete for the role, including a defiant boy named Sage.  (Grades 4 -8) 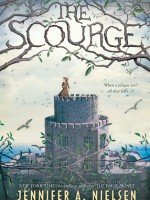 When the lethal plague known as the Scourge returns to Keldan, the victims are sent to Attic Island. Ani Mells of the River People is among them, but Ani does not feel sick, and with the help of her friend Weevil, she sets out to uncover the truth. (Grades 5—8) 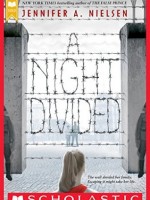 When her family is abruptly divided by the rise of the Berlin Wall, twelve-year-old Gerta harbors forbid-den thoughts about freedom and reuniting with her loved ones before a coded message from her father inspires a daring plan. (Grades 5—8) 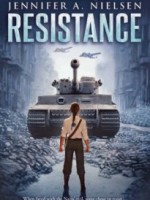 Chaya Lindner is a teenager living in Nazi-occupied Poland. Simply being Jewish places her in danger of being killed or sent to the camps. After her little sister is taken away, her younger brother disappears, and her parents all but give up hope, Chaya is determined to make a difference. (Grades 6—8 ) 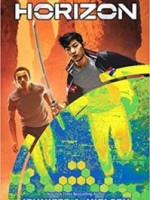 The plane-crash survivors cross a deadly desert and confront their greatest challenge yet, a threat that comes from within their midst. Book #2 of the Horizon series. (Grades 4—8)

After three years in exile, Kestra has been summoned back to Antora by Sir Henry, right-hand man of the seemingly immortal king, Lord Endrick. (gr 6+)

Nic, a slave in the mines of Rome, is forced to enter a sealed cave filled with Julius Caesar's treasures. What he finds will change his destiny and the history of the Empire. (gr 6+)