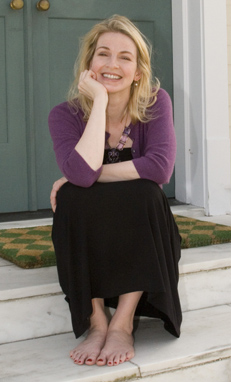 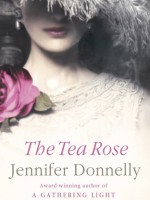 Fiona Finnegan hopes to own her own tea shop someday with the love of her life, Joe Bristow. But Fiona’s dreams are shattered when the actions of a dark and brutal man take her from nearly everything and everyone she holds dear. Fearing her own death at the dark man’s hands, she is forced to flee London for New York. There, her indomitable spirit, and the ghosts of her past, propel her to rise from a modest west side shopfront to the top of Manhattan’s tea trade. (Ages 14+) 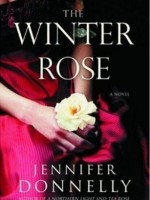 It has been twelve years since a dark, murderous figure stalked the alleys and courts of Whitechapel. And yet, in the summer of 1900, East London is still poor, still brutal, still a shadow city to its western twin. Among the reformers is an idealistic young woman named India Selwyn-Jones, recently graduated from medical school. With the help of her influential fiancé—Freddie Lytton, an up-and-coming Liberal MP—she works to shut down the area's opium dens that destroy both body and soul. Her selfless activities better her patients' lives and bring her immense gratification, but unfortunately, they also bring her into direct conflict with East London's ruling crime lord—Sid Malone. (Ages 14+) 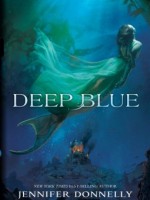 When Serafina, a mermaid of the Mediterranean Sea, awakens on the morning of her betrothal, her biggest worry should be winning the love of handsome Prince Mahdi. And yet Sera finds herself haunted by strange dreams that foretell the return of an ancient evil. Her dark premonitions are confirmed when an assassin's arrow poisons Sera's mother. Now, Serafina must embark on a quest to find the assassin's master and prevent a war between the Mer nations. Led only by her shadowy dreams, Sera searches for five other mermaid heroines who are scattered across the six seas. Together, they will form an unbreakable bond of sisterhood and uncover a conspiracy that threatens their world's very existence. (Ages 12+) 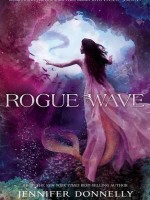 Serafina, Neela, Ling, Ava, Becca, and Astrid, six mermaids from realms scattered throughout the seas and freshwaters, were summoned by the leader of the river witches to learn an incredible truth: the mermaids are direct descendants of the Six Who Ruled-powerful mages who once governed the lost empire of Atlantis. The ancient evil that destroyed Atlantis is stirring again, and only the mermaids can defeat it. To do so, they need to find magical talismans that belonged to the Six. (Ages 12+) 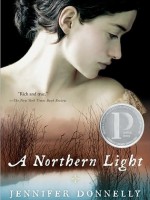 Sixteen-year-old Mattie Gokey has a word for everything, and big dreams but little hope of seeing them come true. She collects words, stores them up as a way of fending off the hard truths of her life, the truths that she can't write down in stories. The fresh pain of her mother's death. The burden of raising her sisters while her father struggles over his brokeback farm. The mad welter of feelings Mattie has for handsome but dull Royal Loomis, who says he wants to marry her. And the secret dreams that keep her going—visions of finishing high school, going to college in New York City, becoming a writer. (Ages 14+) 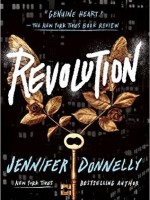 Andi is angry. Angry at her father for leaving, angry at her mother for not coping, angry at losing her brother. Her father thinks a trip to Paris is just what Andi needs. But finds the diary of Alexandrine, who lived during the French Revolution, and ghosts begin to walk off the pages. On a midnight journey through the catacombs, words transcends paper and time, and the past becomes terrifyingly true. (Ages 12+) 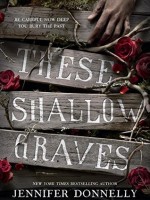 When Jo Montfort’s father dies under circumstances on Jo finds mysterious, she partners with Eddie—an infuriatingly handsome reporter at her father’s newspaper—to find answers. It soon becomes all too clear how much she stands to lose if she keeps searching for the truth, but it may be too late to stop. The past never stays buried forever. Life is dirtier than it seems, and the truth is the dirtiest part of it all. (Ages 14+) 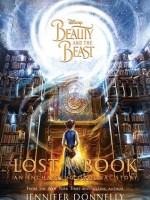 Beauty and the Beast: Lost in a Book

Smart, bookish Belle, a captive in the Beast's castle, has become accustomed to her new home and has befriended its inhabitants. When she comes upon Nevermore, an enchanted book unlike anything else she has seen in the castle, Belle finds herself pulled into its pages and transported to a world of glamour and intrigue. The adventures Belle has always imagined, the dreams she was forced to give up when she became a prisoner, seem within reach again. (Ages 10-14)