I have almost always had multiple pets, usually more than a half dozen at a time. All the aspects of animal care please me: the cutting of the tiny nails; the cleaning of the ears; there is even a certain satisfaction in litter scooping. When I am tending to animals or cuddling with them, I am my best self.

For Bixby Alexander Tam (nicknamed Bat), life tends to be full of surprises—some of
them good, some not so good. Today, though, is a good-surprise day. Bat’s mom,
a veterinarian, has brought home a baby skunk, which she needs to take care of until she can hand him over to a wild animal shelter. But the minute Bat meets the kit, he knows they belong together. And he’s got one month to show his mom that a baby skunk might just make a pretty terrific pet. (grades 3-6) 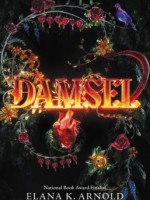 The rite has existed for as long as anyone can remember: When the king dies, his son the prince must venture out into the gray lands, slay a fierce dragon, and rescue a damsel to be his bride. This is the way things have always been.

When Ama wakes in the arms of Prince Emory, she knows none of this. She has no memory of what came before she was captured by the dragon or what horrors she faced in its lair. She knows only this handsome young man, the story he tells of her rescue, and her destiny of sitting on a throne beside him. It’s all like a dream, like something from a fairy tale.

As Ama follows Emory to the kingdom of Harding, however, she discovers that not all is as it seems. There is more to the legends of the dragons and the damsels than anyone knows, and the greatest threats may not be behind her, but around her, now, and closing in. (grades 10+)

Odette Zyskowski has a list: Things That Aren’t Fair. At the top of the list is her
parents’ decision to take the family on the road in an ugly RV they’ve nicknamed the Coach. There’s nothing fair about leaving California and living in the cramped Coach with her parents and exasperating younger brother, sharing one stupid cell phone among the four of them. And there’s definitely nothing fair about what they find when they reach Grandma Sissy's house, hundreds of miles later. Most days it seems as if everything in Odette’s life is far from fair. Is there a way for her to make things right? (grades 5-8) 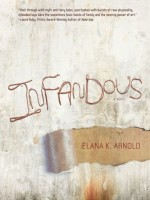 "Once there was a mermaid who dared to love a wolf. Her love for him was so sudden
and so fierce that it tore her tail into legs." Sephora Golding lives in the shadow of her unbelievably beautiful mother. Even though they scrape by in the seedier part of Venice Beach, she's always felt lucky. As a child, she imagined she was a minor but beloved character in her mother's fairy tale. But now, at sixteen, the fairy tale is less Disney and more Grimm. And she wants the story to be her own. Then she meets Felix, and the fairy tale takes a turn she never imagined. "Things don't really turn out the way they do in fairy tales. I'm telling you that right up front, so you're not disappointed later."

Sometimes, a story is just a way to hide the unspeakable in plain sight. (grades 10+)

Sixth-grader Iris Abernathy hates life in Corvallis, Oregon, where her family just
moved. It’s always raining, and everything is so wet. Besides, nothing has felt right since Iris’s best
friend, Sarah, died.

When Iris meets Boris, an awkward mouth-breather with a know-it-all personality, she’s not looking to make a new friend, but it beats eating lunch alone. Then she learns that
Boris’s very existence is a medical mystery, maybe even a miracle, and Iris starts to wonder why some people get miracles and others don’t. And if one miracle is possible, can another one be too? Can she possibly communicate with Sarah again? (grades 5-8)

What Girls Are Made Of

This is not a story of sugar and spice and everything nice.

When Nina Faye was fourteen, her mother told her there was no such thing as unconditional love. Nina believed her. Now Nina is sixteen. And she'll do anything for the boy she loves, just to prove she's worthy of him. But when he breaks up with her, Nina is lost. What if she is not a girlfriend? What is she made of?

Broken-hearted, Nina tries to figure out what the conditions of love are. She's been volunteering at a high-kill animal shelter where she realizes that for dogs waiting to be adopted, love comes only to those with youth, symmetry, and quietness. She also ruminates on the strange, dark time her mother took her to Italy to see statues of saints who endured unspeakable torture because of their unquestioning devotion to the divine. Is this what love is? (grades 9+)