I write stories that kids like; my most creative ideas come when I first wake up in the morning; I never read my books once they’re published; my writing partner is my dog who is incredibly sweet but not a rocket scientist; and most notably, I’m terrified of clowns.

Learn more about D. J. MacHale at his website, djmachalebooks.com 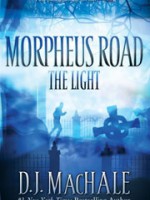 Marshall Seaver is being haunted. It begins with mysterious sounds, a fleeting face outside a window, a rogue breeze all things that can be explained away. That is, until he comes face-to-face with a character who only exists on the pages of a sketchbook a character Marshall himself created. Marshall has no idea why he is being tormented by this forbidding creature, but he is quickly convinced it has something to do with his best friend, Cooper, who has gone missing. Together with Cooper’s beautiful but aloof sister, Sydney, Marshall searches for the truth about his friend while ultimately uncovering a nightmare that is bigger and more frightening than he could ever have       imagined. Number one New York Times bestselling author D. J. MacHale launches his eerie new trilogy with a story so packed with chilling suspense, readers will want to sleep with the light on. * * * The voices grew louder, more urgent, as if they were running out of time. It sounded like gibberish. It was gibberish. I knew that. It was a dream, right? That’s what I told myself and it calmed me down. That is, until I heard a single word break through the haze as plain and clear as if someone had leaned over and spoke directly into my ear. –”Morpheus.” (Grades 7-12) 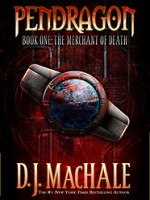 Pendragon: The Merchant of Death (Pendragon #1)

Bobby Pendragon is a seemingly normal fourteen-year-old boy. However, there is something very special about Bobby. He is going to save the world. (Grades 6 and up) 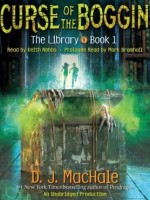 Curse of the Boggin (The Library #1)

When supernatural phenomenon start following Marcus O'Mara around, he discovers a key that leads to The Library, a place where all the stories of the living and dead are kept that will help him and his friends solve a terrifying mystery. (Grades 4—7) 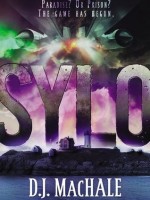 When Pemberwick Island, Maine, is occupied by a Navy section called SYLO, claiming that a virus has been unleashed, Tucker Pierce realizes something else is going on. The plot contains mild profanity and graphic violence. (gr 7+)

Unhappy with her life in a dark cave, Lala longs to live like the princesses far, far above, but after venturing into their world, she finds contentment at home.