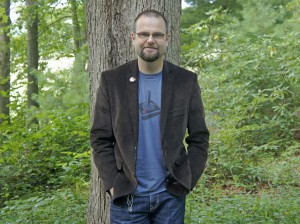 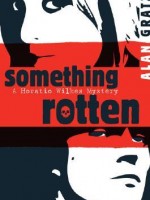 Denmark, Tennessee, stinks. The smell hits Horatio Wilkes the moment he pulls into town to visit his best friend, Hamilton Prince. And it’s not just the paper plant and the polluted river that’s stinking up Denmark: Hamilton’s father has been poisoned and the killer is still at large. Why? Because nobody believes that Rex Prince was murdered. Nobody except Horatio and Hamilton. Now they need to find the killer, but it won’t be easy. It seems like everyone in Denmark is a suspect. Motive? Means? Opportunity? They all have them. But who among them has committed murder most foul? (Ages 13+) 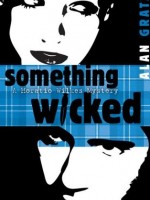 Horatio Wilkes has come to the Scottish Highland Festival with his childhood friend Mac for games, girls, and gallivanting. But before the Celtic festivities can get under way, Mac's grandfather and founder of the games, Duncan MacRae, is brutally murdered. All signs point to Duncan's son, Malcolm, as the killer, but Horatio has his doubts. Between Mac, his controlling girlfriend Beth, and their parents, it seems like everyone has something to hide. Set against the vivid backdrop of the Tennessee Mountains, Something Wicked is a thrilling adventure with all the sinister twists, turns, and tragedies of Shakespeare's Macbeth. (Ages 14+) 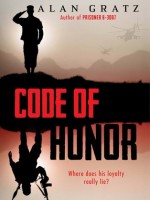 Kamran Smith has it all. He's the star of the football team, dates the most popular girl in school, and can't wait to enlist in the Army like his big brother, Darius. Although Kamran's family hails from Iran, Kamran has always felt 100% American. Accepted. Darius is accused of being a terrorist. Kamran refuses to believe it, but the evidence is there -- Darius has been filmed making threats against his country, hinting at an upcoming deadly attack. Kamran's friends turn on him -- suddenly, in their eyes, he's a terrorist, too. Kamran knows it's up to him to clear his brother's name. In a race against time, Kamran must piece together a series of clues and codes that will lead him to Darius -- and the truth. (Ages 12+) 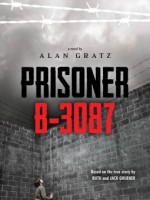 As a Jewish boy in 1930s Poland, Yanek is at the mercy of the Nazis who have taken over. Everything he has, and everyone he loves, have been snatched brutally from him. And then Yanek himself is taken prisoner -- his arm tattooed with the words PRISONER B-3087. He is forced from one nightmarish concentration camp to another, as World War II rages all around him. He encounters evil he could have never imagined, but also sees surprising glimpses of hope amid the horror. He just barely escapes death, only to confront it again seconds later. Can Yanek make it through the terror without losing his hope, his will -- and, most of all, his sense of who he really is inside? (Ages 11-16) 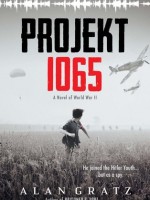 Infiltrate. Befriend. Sabotage. World War II is raging. Michael O'Shaunessey, originally from Ireland, now lives in Nazi Germany with his parents. Like the other boys in his school, Michael is a member of the Hitler Youth. But Michael has a secret. He and his parents are spies. Michael despises everything the Nazis stand for. But he joins in the Hitler Youth's horrific games and book burnings, playing the part so he can gain insider knowledge. When Michael learns about Projekt 1065, a secret Nazi war mission, things get even more complicated. He must prove his loyalty to the Hitler Youth at all costs -- even if it means risking everything he cares about. Including... his own life. (Ages 9-14) 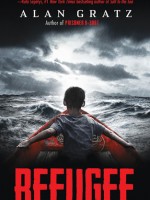 JOSEF is a Jewish boy living in 1930s Nazi Germany. With the threat of concentration camps looming, he and his family board a ship bound for the other side of the world. ISABEL is a Cuban girl in 1994. With riots and unrest plaguing her country, she and her family set out on a raft, hoping to find safety in America. MAHMOUD is a Syrian boy in 2015. With his homeland torn apart by violence and destruction, he and his family begin a long trek toward Europe. All three kids go on harrowing journeys in search of refuge. All will face unimaginable dangers -- from drownings to bombings to betrayals. But there is always the hope of tomorrow. And although Josef, Isabel, and Mahmoud are separated by continents and decades, shocking connections will tie their stories together in the end. (Ages 10-14) 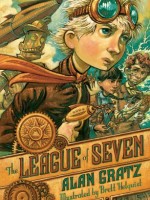 In an alternate 1875 America electricity is forbidden, Native Americans and Yankees are united, and eldritch evil lurks in the shadows. Young Archie Dent knows there really are monsters in the world. His parents are members of the Septemberist Society, whose job it is to protect humanity from hideous giants called the Mangleborn. Trapped in underground prisons for a thousand years, the giant monsters have been all but forgotten—but now they are rising again as the steam-driven America of 1875 rediscovers electricity, the lifeblood of the Mangleborn. When his parents and the rest of the Septemberists are brainwashed by one of the evil creatures, Archie must assemble a team of seven young heroes to save the world. (Ages 10-14) 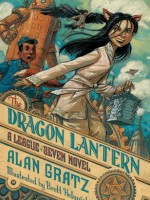 The Dragon Lantern (The League of Seven #2)

Archie Dent is convinced that he and his friends Hachi and Fergus are the first three members of a new League of Seven: a group of heroes who come together to fight the Mangleborn whenever the monsters arise to destroy humanity. His belief is put to the test when they are forced to undertake separate missions. Archie and his faithful Tik-Tok servant Mr. Rivets pursue a shapeshifting girl who has stolen the Dragon Lantern, an ancient artifact with mysterious powers. And Hachi and Fergus travel to New Orleans to find Madame Blavatsky, the only person who knows the circumstances surrounding the death of Hachi’s father. (Ages 10-14) 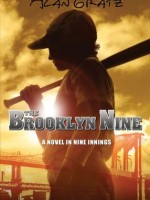 Baseball is in the Schneider family blood. Each member of this family, from family founder Felix Schneider in the 1800s to Snider Flint in the present day, has a strong tie to the game and to Brooklyn. Through the years this family has dodged bullets on a battlefield, pitched perfect games, and dealt with the devastating loss of family and the Brooklyn Dodgers. Nine innings, nine generations, one game, one family. (Ages 8-12) 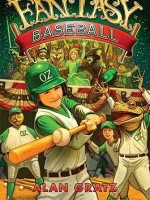 Alex Metcalf must be dreaming. What else would explain why he's playing baseball for the Oz Cyclones, with Dorothy as his captain, in the Ever After Baseball Tournament? But Alex isn't dreaming, this is real, and winning the tournament might be his only chance to get back home because the champions get a wish granted by the Wizard. Too bad Ever After's most notorious criminal, the Big Bad Wolf, is also after the wishes. And anyone who gets in his way gets eaten! (Ages 8-12)